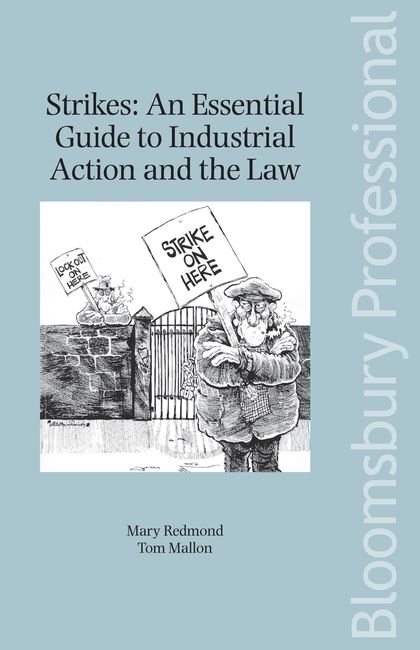 Strikes: An Essential Guide to Industrial Action and the Law

About Strikes: An Essential Guide to Industrial Action and the Law

About Strikes: An Essential Guide to Industrial Action and the Law

Knowing what the Law has to say is a ‘critical tool’

Since 2009, Ireland’s recession has increased the threat of strikes or industrial action, particularly in the public sector. As a result, interest in the common law, statute and the Constitution in this area have also been revived. Knowing what the law has to say is a critical tool for those with disputes before the Labour Relations Commission, but is equally as important for those who choose, or need, to litigate.

Not only will it guide you through a legal landscape which is often confusing using terminology which is inconsistent and principles which are can be unclear, but it provides confident and clear guidance which will leave the reader with a clearer understanding of what is a challenging area of the law.

The book analyses the significance of the contract of employment in the law on trade disputes. It then deals with the main ‘industrial’ economic torts: conspiracy, inducing breach of contract, causing loss by unlawful means and intimidation. After each tort is analysed, the book considers the extent, if any, to which the Industrial Relations Act 1990 protects those organising or participating in strike or industrial action.